Visit to the Heart of Neolithic Orkney

Monday the 12th commended my employment. The day began with a workshop from Digital Tourism Scotland which was a peek behind the curtain of the tourism industry. I gained knowledge and an appreciation for the support given to smaller businesses.

The day then went on the road as Garry and Hazel took me on a whistlestop tour of the east of Mainland (the name of the biggest island in the group which makes up Orkney). As we drove up the hill away from Kirkwall,the fields sloped down to the sea revealing smaller islands. I heard how one was a viking era party stop with a long hall and the other was for sale for £350,000 (same as a flat in Edinburgh). We drove past more than one farm with millennia old burial mounds in their backyards. The more I heard the more astonished I became at the sheer number of sites in Neolithic Orkney.

We continued through the emerald fields onto one of the more famous of these sites Maeshowe. A bulbous anomaly on the horizon, mysterious Maeshowe (whose name is much less so, meaning “meadow mound”) was certainly intriguing. But before we could reach there we had to get tickets from the very chic visitor centre and ride the similarly stylish shuttlebus (which is an OCTO provided service). 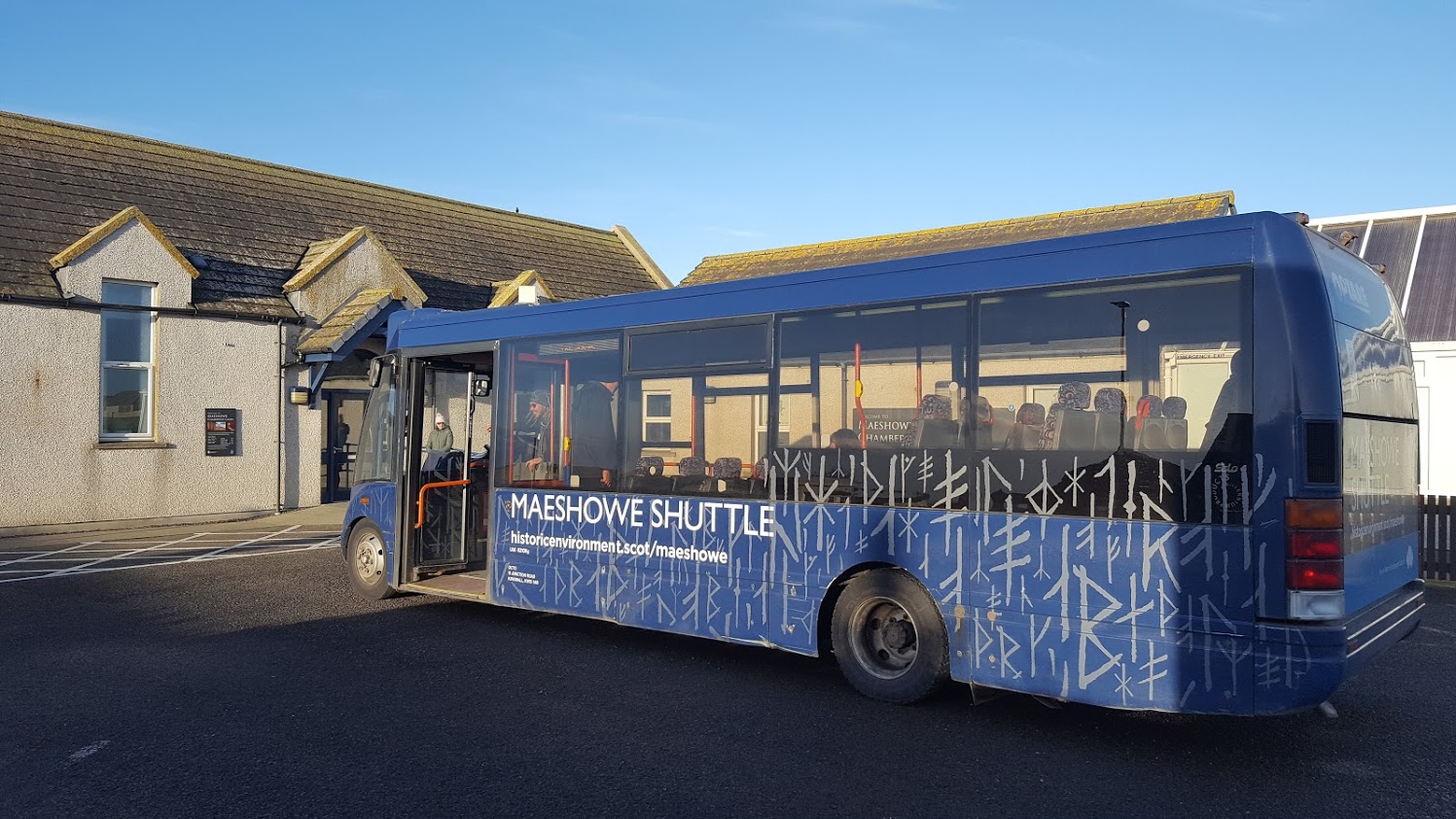 On the approach to the mound, our position in the “Heart of Neolithic Orkney” was brought to our attention. In the distance lay the glimmering lochs with the iconic Standing Stones of Stenness and the Ring of Brodgar bold against the sky. It didn’t take a huge leap of imagination to step back into a time when these stones were erected.

As for Maeshowe, the mound is accessible through a narrow passageway. Stepping into the entrance required stooping and stepping slowly, giving me time to appreciate the significance of what I was experiencing. As for inside – well that must remain a secret for my words cannot do it justice (and taking photographs is forbidden). You’ll just have to see it for yourself! 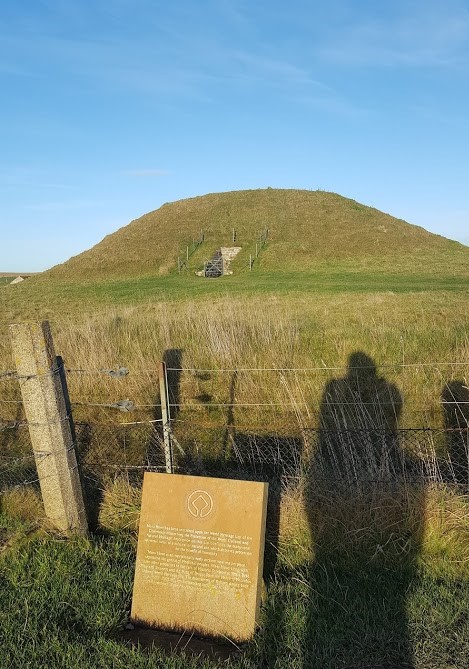 After emerging in the cool November sunlight, we headed along to more of Neolithic Orkney. En route we met some friendly seals sunbathing in the brackish Loch of Stenness. They were accompanied by many wildfowl. The stones on the other hand had a sheep for a companion. The stones were remarkable, three times my height and sharp edged. It was here Garry informed me that this was a mere third of the original ring. I was shocked to learn the recent (in their timeline) fate of the others. The role of agriculture in both finding and damaging these sites remains ever relevant. Given the pressures of surviving on the island, I am amazed so much of Neolithic Orkney remains in such good condition. 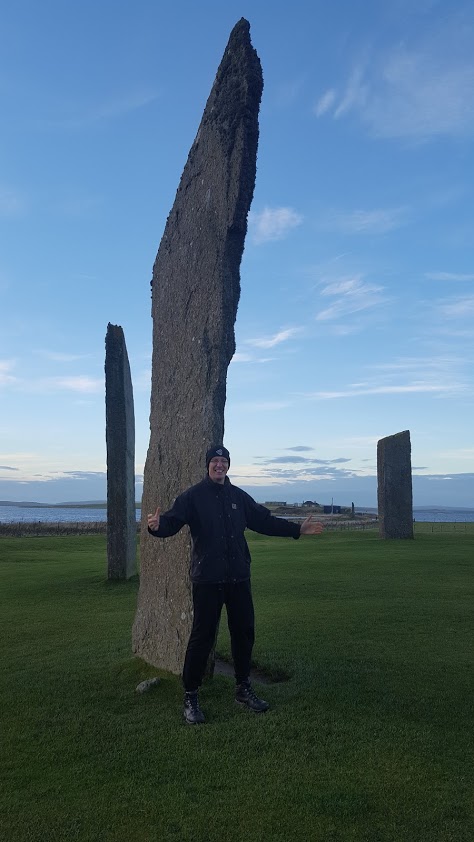 On the return leg of the tour we caught a stunning sunset over the high hills of Hoy. The nights are shortening here which means not long now until the winter solstice. Then, the low winter sun illuminates the inner chamber of Maeshowe. 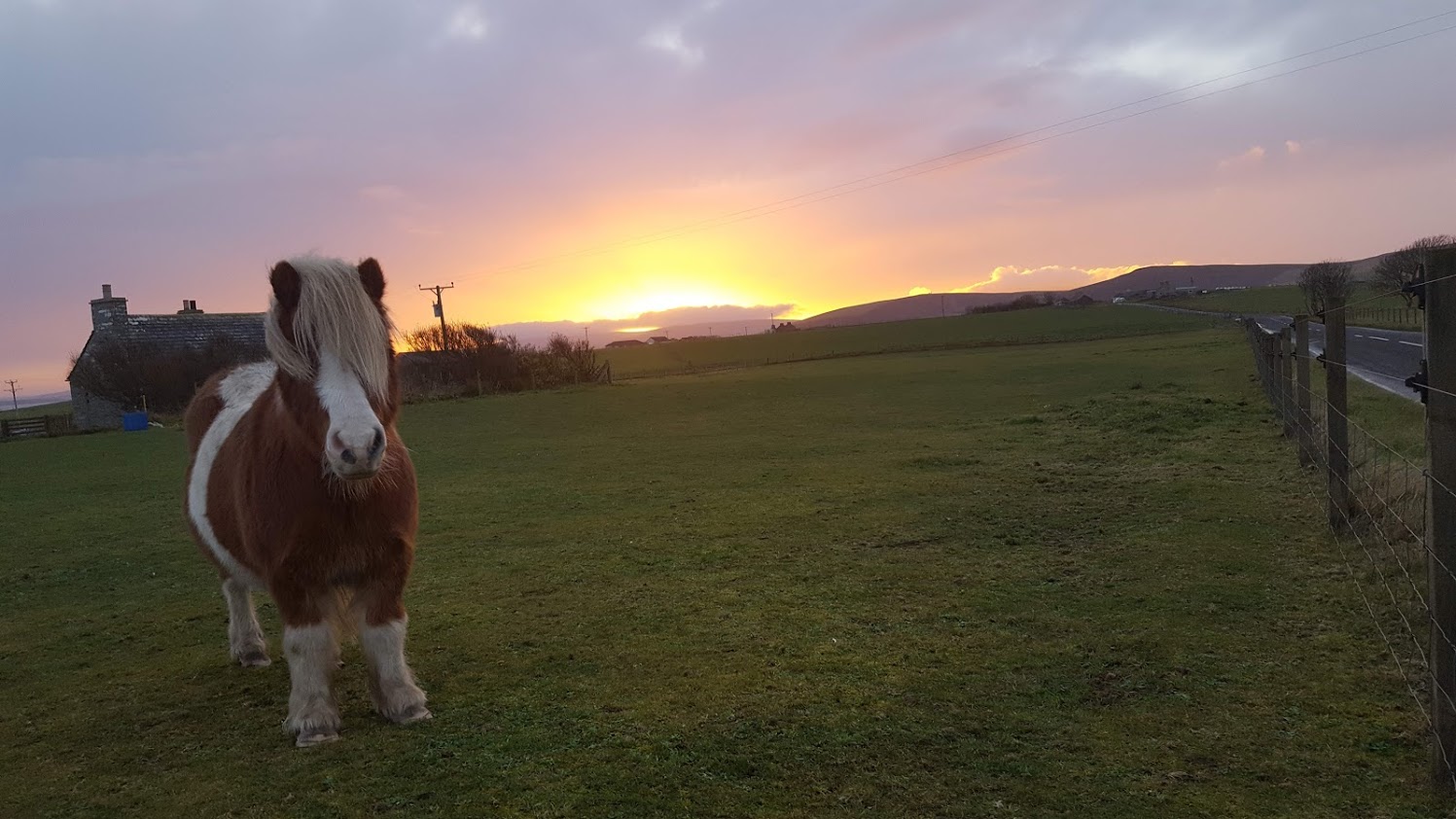 As the sun painted the sky a vibrant orange, I learned the tragic secrets of Scapa Flow. For example, the fate of the Royal Oak warship.

I returned to Kirkwall with knowledge of and appreciation for the island I now call home. 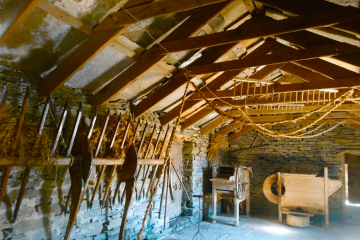 The best museum in the world?

Is Corrigall Farm Museum I love museums. I have been incredibly privileged to visit many in my short time on this planet. However, last week last week I may have visited the best museum ever? Read more…